A Rich and Storied Past…

And so it began in 1682…
The Links at Stono Ferry is truly a unique golf experience with eighteen challenging holes played on historic and beautiful grounds. The first owner of record of the plantation property was James Beamer in 1682. A ship’s carpenter from Barbados, he was lost at sea in 1687 on a voyage to visit his homeland. His son Jacob Beamer continued to plant and farm the plantation after his father’s tragic death.

Almost a century later the Battle At Stono Ferry took place on June 20, 1779. This famous American Revolutionary battle was fought along the Stono River. A part of the battle took place where the 12th, 13th, and 14th holes are presently located. One of the military fortifications (redoubt) from the battle was relocated during the construction of the course to the right side of the 12th fairway. The commanding officer for the British and Hessian forces was General Maitland, while General Moultrie led the American Patriots. The British and Hessian forces suffered 129 casualties, while the Americans suffered 153 dead or wounded. One of the American casualties was Hugh Jackson, the older brother of President Andrew Jackson. He died from heat exhaustion he suffered during the battle. Many historians believe Hugh Jackson’s death contributed to the disdain President Jackson felt toward the British. His ill feelings toward England played a big part in his presidency’s foreign policy. 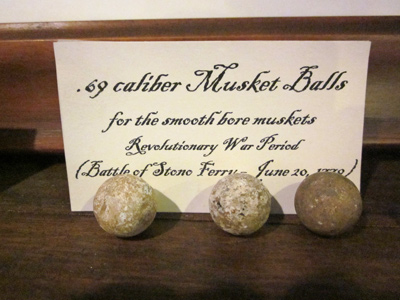 Stono Ferry also played a part in the Civil War. An original 1863 map shows a Confederate battery known as Battery Wilkes located atop the middle fortification or redoubt used one hundred years earlier in The Battle at Stono Ferry. The location of the redoubt is thought to be close to the 14th tee box. This fortification consisted of eight privates, one corporal, and two cannons. The original Confederate commander of the Lowcountry’s coastal defenses was General Robert E. Lee. He established his command in the tiny hamlet of Coosawatchie. He frequently traveled up and down the coastline to inspect defensive positions including Battery Wilkes.

A railroad line known as the Charleston and Savannah Railroad formerly occupied the land where the cart path for the 13th hole now exists. The line was established in the late 1850’s and was the main lifeline between these Southern cities. The rail line was finally abandoned in the late 1960’s.

We use cookies to ensure that we give you the best experience on our website. If you continue to use this site we will assume that you are happy with it.Ok
Go to Top