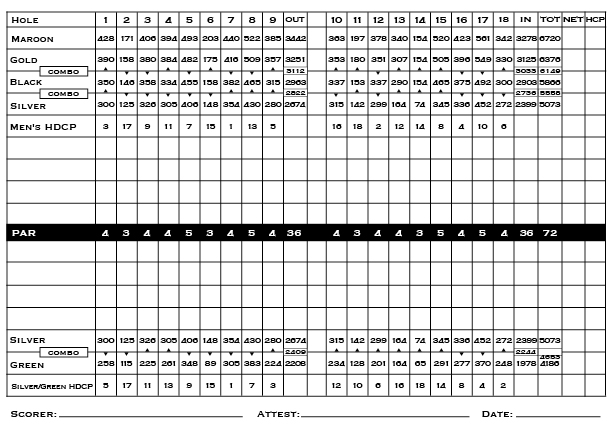 Hole No. 1 – Vigilance
Webster defines vigilance as a quality or state of alert to avoid danger.  As you play this hole vigilance is necessary to avoid a disastrous start to your round.

Hole No. 2 – James Beamer
Originally a ship’s carpenter from Barbados, James Beamer arrived in Charleston in 1682 to take ownership of Stono Ferry Plantation.  He farmed the land with his wife and son.  He vanished at sea during a sea voyage back to Barbados in 1687.

Hole No. 3 – Coosawhatchie
Coosawhatchie is a tiny hamlet located south of the Stono Ferry Plantation.  In 1861 it was the headquarters of the Confederate commander in charge of coastal defenses that ranged from Charleston to Savannah.  The commander’s name was Robert E. Lee.  He was later promoted to command the Confederate Army in Northern Virginia.

Hole No. 4 – The Hessian
Lucien Postian was the commander of the Hessian troops that served with the British forces during the Battle of Stono Ferry on June 20, 1779.  He later came back one year later and retook the plantation.  He wrote a book documenting his Revolutionary War experiences.  The book was a great source of information on Stono Ferry.

Hole No. 5 – Cusabo
Archeological studies of Stono Ferry indicate Indians lived on the land as early as 10,000 years ago.  The tribe was the Stono, and they were a part of a larger group of Indians known as Cusabo.  Some of the other Cusabo tribes were Kiawah, Edisto, and Coosaw.

Hole No. 6 – Jackson’s Point
President Andrew Jackson’s older brother “Hugh” died from heat exhaustion he suffered during the Battle of Stono Ferry in June of 1779.

Hole No. 7 – Paddock
Polo and equestrian are a big part of life at Stono Ferry.  It is also the home of the South Carolina Jockey Club.  As you play the hole the entire left side is a private stable, unfortunately it is also out of bounds.

Hole No. 8 – Gauntlet
A gauntlet is a form of punishment where two lines of people with weapons.  The person being punished is forced to walk or run the gauntlet.  Straight down the middle is the only way to avoid the punishment of the Gauntlet, and if you are really good an eagle or birdie may be your reward

Hole No. 9 – Wide Awake
Named after a 18th Century general store located near the Plantation.  The name of the store comes from the fact it was open twenty four hours a day.  Keep your eyes open as you play this short par four.

Hole No. 10 – Repose
A rest taken after battle is known as a repose.  As you recover from the front nine gather a little courage as you play this short par four.

Hole No. 11 – Tides Meet
Just south of the Plantation, the Stono and Edisto Rivers meet.  Swirling and unpredictable tides are the result.  Be careful as you play this difficult par 3.

Hole No. 12 – Redoubt
The Battle of Stono Ferry took place June 20,1779.  Remnants of a redoubt used as fortification in the battle were found on this hole and later reconstructed to the right of the fairway.  This military fortification was a part of the British and Hessian defenses.  It is also the beginning of Monument Row.

Hole No. 13 – Battery Wilkes
During the Civil War, Nine Confederate soldiers and the two cannons they manned guarded the Stono River.  The lonely station was known as Battery Wilkes.  A rail line also ran parallel with the river.  The Charleston and Savannah railroad was a vital link between the two port cities.

Hole No. 14 – The Crossing
The namesake of the golf course is also its signature hole.  The par 3 peninsula tee is located on the original ferry landing for the plantation.  Goods and crops would be transported across the Stono River to Johns Island.  Take in the view and enjoy one of the best holes in the Lowcountry.

Hole No. 15 – Point Pleasant
As you leave the river holes and make the turn for home take one last look from the grove of live oaks and magnolias between the fourteenth and fifteenth holes.  We think you will agree the view is quite pleasant.

Hole No. 16 – Retreat
This difficult par 4 can wreak havoc on your round if not careful.  Play smart by keeping the tee ball left or you may be retreating to the tee for another shot.

Hole No. 17 – Rattlesnake
The Rattlesnake was the name of a South Carolina Navy Frigate that was sunk in the Stono River.  It engaged in a battle May 1779 with British soldiers.  The land sea battle ended with a British retreat.  The American commander was unable to free the Rattlesnake from a sand bar.  The ship was abandoned and set on fire.

Hole No. 18 – Independence
Independence is named in honor of the efforts of the founding fathers and the patriots that sacrificed themselves for the freedoms we enjoy today.  The Battle of Stono Ferry was a bloody battle with over 300 casualties in two hours. 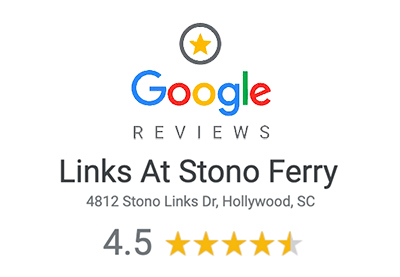